Gosh this has been a year of whale sightings from the southern Gold Coast beaches. Whales heading north during Winter then south with their babies during Spring. What a treat. And this week, with tiny surf and glassy dreamy oceanscapes, we have seen so many whales from our surfboards at Currumbin Alley. It’s taken me back two years ago when I paddled a surf ski with a friend beyond Fingal’s Cook Island and we had the biggest whale encounter so far in my life. One unimaginably enormous humpback whale chose to swim-dive directly under our tiny bobbing ski. I’ve never been the same since. I wrote this poem after contact… 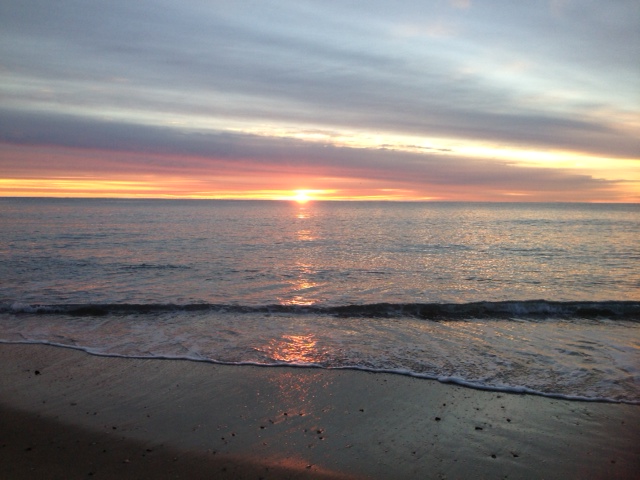 we aim for the sun;

23 million years in the making,

running in slow motion to the sea where

it gathers in headlands and reefs to

contemplate the state of the world.

we hear them breathe.

A glimpse of grey

A plume of salt spray and

A tail held aloft like a medieval pageant banner.

We hear them breathe,

We hear them call in bass and soprano

and finally amongst the leviathan procession,

Glides silently beneath our

matchstick craft with such

such delicate care and responsibility for the tiny bobbing ones

it makes not a ripple; and

we are left gasping in its wake

believing that this day we’ve made love to God.